(a) This Rule applies to vessels not in sight of one another when navigating in or near an area of restricted visibility.

(b) Every vessel shall proceed at a safe speed adapted to the prevailing circumstances and conditions of restricted visibility. A power-driven vessel shall have her engines ready for immediate maneuver.

(c) Every vessel shall have due regard to the prevailing circumstances and conditions of restricted visibility when complying with the Rules [of Section I of this Part / 4 through 10].

(d) A vessel which detects by radar alone the presence of another vessel shall determine if a close-quarters situation is developing and/ [Intl] or risk of collision exists. If so, she shall take avoiding action in ample time, provided that when such action consists of an alteration in course, so far as possible the following shall be avoided:

(i) An alteration of course to port for a vessel forward of the beam, other than for a vessel being overtaken;

(ii) An alteration of course toward a vessel abeam or abaft the beam.

(e) Except where it has been determined that a risk of collision does not exist, every vessel which hears apparently forward of her beam the fog signal of another vessel, or which cannot avoid a close-quarters situation with another vessel forward of her beam, shall reduce her speed to be the minimum at which she can be kept on her course. She shall if necessary take all her way off and in any event navigate with extreme caution until danger of collision is over. 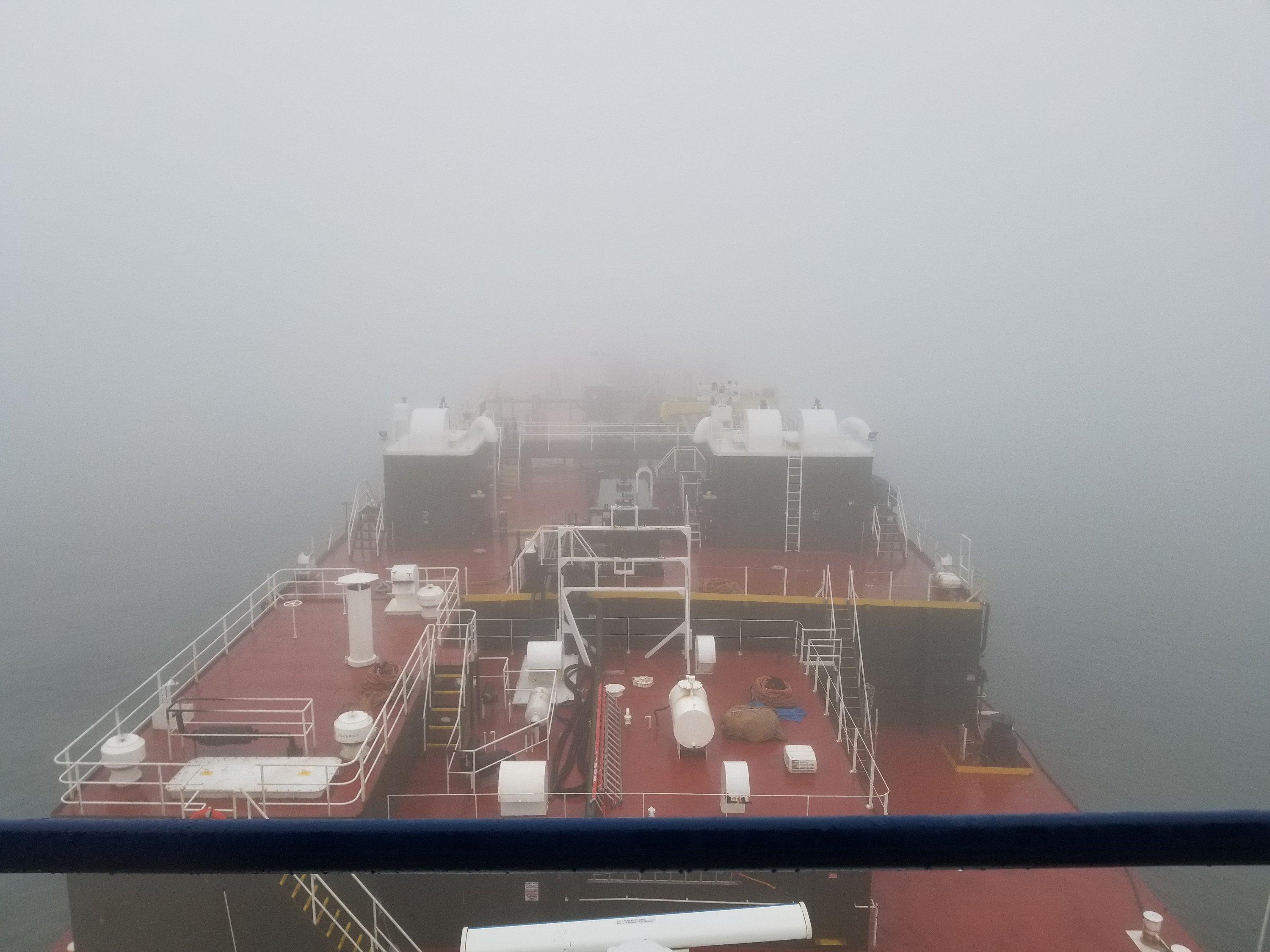 As you would already know there is no range mentioned in the ROR for definition of “Restricted visbility”.

The term ‘restricted visibility’ means any condition in which visibility is restricted by fog, mist, falling snow, heavy rain- storms, sandstorms or any other similar causes.

There are two questions

To understand this, can you think of a minimum range at which when you take action after detecting a target visually, the vessel will be safe ?

Let us say you thought of 3NM. For thinking of this range you might have taken into account the factors like normal ship’s speed and traffic density etc.

If the visibility is less than this range, for you this will be “restricted Visibility”.

But won’t it be confusing when for other vessel may take the action as per rules “in sight of one another” and you take the actions as per “restricted visibility”.

No it won’t be. Because the rules are drafted in such a way that these do not contradict each other. For example if there is a vessel on head on situation, the action as per “Head On” rule and as per “Restricted visibility” rule will be same.

Same is the case with other rules like crossing situation.

So the IMO did not include the range for “restricted visibility” because same range cannot fit all the vessels.

In or near an area of restricted visibility, whether by day or night the signals prescribed in this Rule shall be used as follows:

(a) A power-driven vessel making way through the water shall sound at intervals of not more than 2 minutes one prolonged blast.

(b) A power-driven vessel underway but stopped and making no way through the water shall sound at intervals of no more than 2 minutes two prolonged blasts in succession with an interval of about 2 seconds between them.

(c) A vessel not under command, a vessel restricted in her ability to maneuver whether underway or at anchor [Inld], a vessel constrained by her draft [Intl], a sailing vessel, a vessel engaged in fishing whether underway or at anchor [Inld] and a vessel engaged in towing or pushing another vessel shall, instead of the signals prescribed in paragraph (a) or (b) of this Rule, sound at intervals of not more than 2 minutes three blasts in succession, namely one prolonged followed by two short blasts.

(e/d) A vessel towed or if more than one vessel is towed the last vessel of the tow, if manned, shall at intervals of not more than 2 minutes sound four blasts in succession, namely one prolonged followed by three short blasts. When practicable, this signal shall be made immediately after the signal made by the towing vessel.

(f/e) When a pushing vessel and a vessel being pushed ahead are rigidly connected in a composite unit they shall be regarded as a power-driven vessel and shall give the signals prescribed in paragraphs (a) or (b) of this Rule.

(g/f) A vessel at anchor shall at intervals of not more than 1 minute ring the bell rapidly for about 5 seconds. In a vessel 100 meters or more in length the bell shall be sounded in the forepart of the vessel and immediately after the ringing of the bell the gong shall be sounded rapidly for about 5 seconds in the after part of the vessel. A vessel at anchor may in addition sound three blasts in succession, namely one short, one long and one short blast, to give warning of her position and of the possibility of collision to an approaching vessel.

(h/g) A vessel aground shall give the bell signal and if required the gong signal prescribed in paragraph [(g) / (f)] of this Rule and shall, in addition, give three separate and distinct strokes on the bell immediately before and after the rapid ringing of the bell. A vessel aground may in addition sound an appropriate whistle signal.

(i/h) A vessel of less than 12 meters in length shall not be obliged to give the above mentioned signals but, if she does not, shall make some other efficient sound signal at intervals of not more than 2 minutes.

(i) A vessel of 12 meters or more but less than 20 meters in length shall not be obliged io give the bell signals prescribed in paragraphs (g) and (h) of this Rule. However, if she does not, she shall make some other efficient sound signal at intervals of not more than 2 minutes. [Intl]

(j/h) A vessel of less than 12 meters in length shall not be obliged to give the above mentioned signals but, if she does not, shall make some other efficient sound signal at intervals of not more than 2 minutes.

(k/i) A pilotage vessel when engaged on pilotage duty may in addition to the signals prescribed in paragraph (a), (b) or [(g) / (f)] of this Rule sound an identity signal consisting of four short blasts.

(k) The following vessels shall not be required to sound signals as prescribed in paragraph (f) of this Rule when anchored in a special anchorage area designated by the Secretary:

(ii) a vessel of less than 20 meters in length; and

(iii) a barge canal boat, scow, or other nondescript craft.